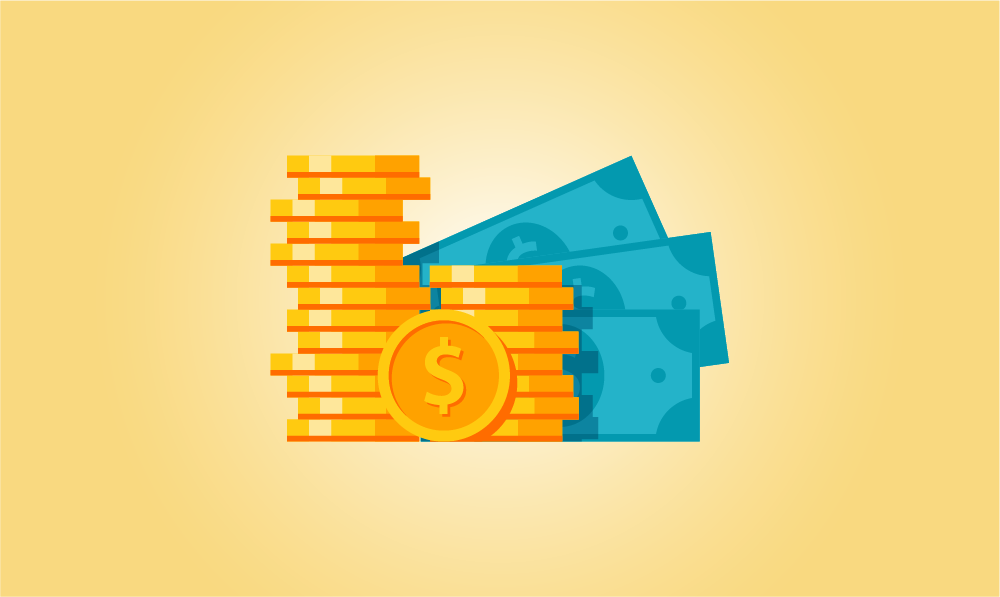 You deal with money every day. You use it to buy groceries and pay your bills. But have you ever thought about where it came from and how it works?

This article explores the history, functions and properties of what we sometimes call moolah, bucks or dough.

The Definition of Money

What is money, exactly?

Merriam-Webster defines money as “something generally accepted as a medium of exchange, a measure of value, or a means of payment.”

In more relatable terms, money is a tool that represents varying values. These values are used to buy and sell goods and services. In order for money to work, a society must agree to use it for these purposes.

When we think of money, we often think of bills and coins. But we also use other forms to represent money, such as the share price of a stock or the balance of a bank account.

These symbols of value didn’t always exist as they are today. Did you know, for example, that some ancient societies used sea shells as a form of currency? Imagine going to your local restaurant and handing them some shells to pay for your dinner!

The History of Money

Before money came into existence, people used to trade with each other to get what they wanted. They would trade food and supplies, such as barley for cattle or apples for carrots. This system is called bartering.

Ancient civilizations didn’t have a money system so bartering was their only choice. Other items used for bartering included precious metals, salt, tea, cocoa beans and other commodities.

You have probably bartered for something at some point in your life. For example, if you exchanged your Twinkie for your friend’s Kit Kat in fifth grade, then you have bartered.

Bartering can work for micro transactions, like when you and your friend traded treats. But on a grand scale, it’s too confusing and impractical. That’s why some ancient societies used other methods.

One of these methods was to issue clay tokens that were redeemable for goods kept in storage. This method was used by ancient Babylon, China, Egypt, and India.

The tokens themselves did not have any practical use. They did, however, symbolize a certain amount of value.

These token-based systems paved the way for money as we know it. In our own society, we use “tokens”–just in different formats. These come in both physical and digital forms. Physical forms include coins and bills. Digital forms are online trading and banking.

How Money Is Valued

Have you ever thought about how a $50 or $100 bill would be worthless if suddenly, no one would accept them? These bills are essentially just green pieces of paper with numbers printed on them.

They have value because the American government has deemed it so. This is called fiat money.

Fiat money is currency issued by a government. It has value only because a country’s society accepts it as legal tender. Most of the 180 currencies in use today are fiat money.

This is how paper money, and the digital representation of it, gets its value.

Once fiat money is issued by a government, its value on a world-scale can fluctuate. The reason it varies is complex but, currently, three major factors influence the value of money in all countries: How much demand there is for that currency, the level of inflation in that country, and the interest rates of the currency.

The Key Functions of Money

We know we use money to buy things and pay our bills. But economists like to break down the functions of money into three categories. They are:

A medium of exchange–This means you can use your money to buy things. If you can’t use your “tokens” to pay for goods and services then they become worthless.

A store of value–What if the currency we all use today was worthless tomorrow and each day, a new currency had to be invented? This would be highly impractical. For money to be functional, it must be allowed to be saved and used later on. This is a store of value.

A unit of account–Money is used to measure how much a good or service is worth. In other words, when you look at the price of something, like a haircut or a new pair of sneakers, that’s a unit of account.

How Is Money Measured?

Money is complex. But if there weren’t ways in which to measure it, it would be impossible.

Luckily, economists came up with another group of three when it comes to measuring it:

M1–This is the money that’s instantly liquid. This is made up primarily of the bills and coins people have in their wallets (and under their mattresses) and that businesses have in their cash registers and safes. This category also includes the money held in checking accounts. Since you can write a check or use a debit card tied to your checking account, it’s considered liquid.

M2–This definition includes all of the money in the first category, M1, plus money that is liquid but not necessarily instantly. Savings accounts, money markets and CD’s make up the majority of the M2 category.

M3–This category combines all of the money of M2 and adds in institutional deposits and funds.

The Future of Money

As we can see through this history lesson, money is always evolving.

In more recent history, cryptocurrency has emerged. Fifty or even twenty years ago, no one would have predicted that digital currencies, such as Bitcoin, would exist. But when the internet was invented, it forever changed the path of money. If the web hadn’t come into existence, money would have still evolved, but in a very different way.

In some ways, though, the evolution of money has come full-circle—both literally and figuratively. Remember the tokens used by those ancient civilizations? Now we use the word “token” to represent the value of those digital currencies!

While no one holds an actual, circular token in their hands when trading cryptocurrency, the idea of the token is the same: It’s a symbol of value that society—or at least some members of society—use to buy goods and services.

With new technologies popping up every day, it will be interesting to see how money evolves in the future.

Thank you. We'll keep you posted!

You're just a step away!

Thank you! Your download link is on its way.